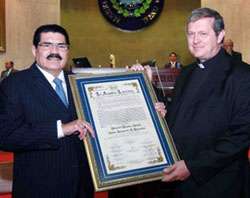 One day in the port city of La Libertad, on the southern coast of El Salvador, a young boy who was preparing for his first Communion asked Msgr. Richard Antall if killing birds with a slingshot was a mortal sin.

The priest asked him what he did with the birds once he got them. “My momma cooks them and we eat them,” the boy replied.

“The priest has a very special window to people’s hearts,” Msgr. Antall recalled recently. “A question like that is difficult to forget. There is still hunger in this country.”

His 20 years as a missionary in El Salvador have given Msgr. Antall a unique window into the heart of a people that have lived through civil war, earthquakes, floods, and the daily struggles of too little food and too little hope for the future.

When he arrived in El Salvador in January 1986 he was a young priest, only four years out of the seminary. It was a dangerous time to be a Catholic missionary, with Church workers caught in the middle of the civil war then raging throughout the country.

Six years earlier, government-backed paramilitary forces had murdered a religious sister from Antall’s home diocese of Cleveland, along with two other sisters and a lay missionary. Nine months before that, Archbishop Oscar Romero had been gunned down while celebrating Mass in the capital city of San Salvador.

Msgr. Antall said he felt the tensions of the war when he first arrived at Immaculate Conception parish in La Libertad. He was greatly affected too by the heat, the smells and the poverty of the port city. But, he added, “as I grew to know the people, I fell in love with the parish.”

He spent 20 of the last 25 years there in La Libertad and in four other rural parishes. For much of the past decade, he has served as one of the highest-ranking officials in the Salvadoran Church — as moderator of the curia for the Archdiocese of San Salvador, a position akin to chief executive officer, reporting directly to the archbishop. In addition, he was head of the archdiocesan charities network and was responsible for the Salvadoran bishops’ outreach to immigrants.

For many years, he wrote about his missionary experience for the U.S. Catholic weekly, Our Sunday Visitor. He also wrote three books of theological reflections rooted in his work among the poor, “The Way of Compassion” (1997), “Witnesses to Calvary” (2000), and “Jesus Has a Question for You” (2002).

Msgr. Antall left El Salvador for good last week, returning home to Cleveland at the request of Bishop Richard Lennon, the head of his home diocese.

“The people of El Salvador have evangelized me, although I am the missionary,” he said. “With gratitude I say that I have received much more than I have given here.”

Upon departing Msgr. Antall was awarded the highest honor that the Salvadoran government gives to foreign nationals serving in the country. The national legislature voted unanimously to bestow upon him the title of “Noble Friend of El Salvador.”

The award reflected what legislators said was the widespread respect that this Cleveland priest had earned at all levels of Salvadoran society – despite strong political disagreements that some have with him.

Msgr. Antall has been an articulate advocate for the poor – and a pointed critic of efforts to change El Salvador’s ban on abortion and to legalize gay “marriage.”

In a special Jan. 27 legislative session, representatives from each of the country’s six main political parties paid tribute to Msgr. Antall.

Rep. David Reyes thanked him for always “reminding us so clearly of our duty.”

“We will not forget the people to whom he has dedicated many years of his life and we promise him that we will not forget him, that his words will be a landmark for our thinking,” he said.
Rep. Roberto D’Aubuisson said the country would never forget the missionary.

“When we voted to decree him ‘Noble Friend of El Salvador’ we were conscious that we were recognizing a man who truly deserves it and whom we’re going to carry in our hearts forever, because the work he has done in El Salvador left a lasting impression,” he said.

D’Aubuisson’s speech was reminder of the troubled days of the 13-year civil war, which ended in 1992. His father, a politician and army officer, was linked to the war’s notorious paramilitary “death squads” and was widely accused of directing the assassination of Archbishop Romero.

In his address to the legislature, Msgr. Antall recalled the Church workers slain during the war. He dedicated his award to the memory of Sister Dorothy Kazel and Jean Donovan, the two Cleveland missionaries assassinated in 1980 along with two Maryknoll sisters. “They loved this people to the point of giving up their lives,” he said.

He reminded the legislature of the many missionaries and Catholic charitable groups still working to improve the quality of life for the people of El Salvador. “The Church does not have borders,” he said, quoting the late Salvadoran Archbishop Arturo Rivera y Damas. “There are many of us here, sometimes struggling with the language, but always working for the common good.”

“I admire him very much,” he said. “I am only sorry that in all that time so little of his wisdom and holiness rubbed off on me.”

In parting, he addressed a pointed plea to legislators — to set aside their party differences and individual desires for power in order to focus on the great needs of the Salvadoran people.

“This country, which I love with my whole heart, has many problems. Violence, insecurity, poverty, the lack of economic growth, the disintegration of so many families, the migration of hope to other countries (not just our young people, hope itself is moving away). The lack of institutional credibility because of corruption and lack of efficiency, the problems with health care and education systems. These are questions of enormous weight and often require international solutions. However, the greatest problem, I believe, is the lack of unity,” he said.

He urged the lawmakers to see their work, and their lives, “with the perspective of eternity.”

“God has placed you here for a reason,” he said. “Your oath of office says that the country demands of you good service. I think it would be even more useful to say that God demands that of you. You treat or will treat very important issues here, especially those that deal with the sanctity of human life from conception to natural death. May God grant you wisdom and valor. At heaven’s gates we will not be asked which political party we belonged to but how much we have loved and have sacrificed ourselves for that love. We have to go beyond so many particular interests and differences and concentrate on the good of all. You can give an example to the whole country of a leadership of union and I ask of God for you many blessings.”

Msgr. Antall has returned to Cleveland. He will be sent to Rome shortly for a three-month retreat at the North American College, before coming back to receive his future assignment from Bishop Lennon.

The United States has the highest Salvadoran population outside of El Salvador, he noted. And as the grandson of immigrants, Msgr. Antall said he can sympathize with their struggles – and the ongoing struggles of other immigrants in the United States.

He said he hopes one day to return to the country that has been his home for 20 years.

“In La Libertad, they say that whoever drinks water from the river Chilama will always come back again,” he said. “I have been bathing in that water and will never forget El Salvador, which I love very much.”

At one of the farewell parties in his honor, mariachis sang a Salvadoran song, “Volver, volver,” which means “Come back, come back.”

“I hope to come back again, as the song says, to the arms of this country,” Msgr. Antall said. 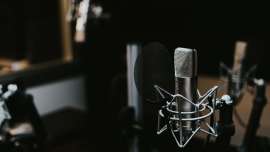 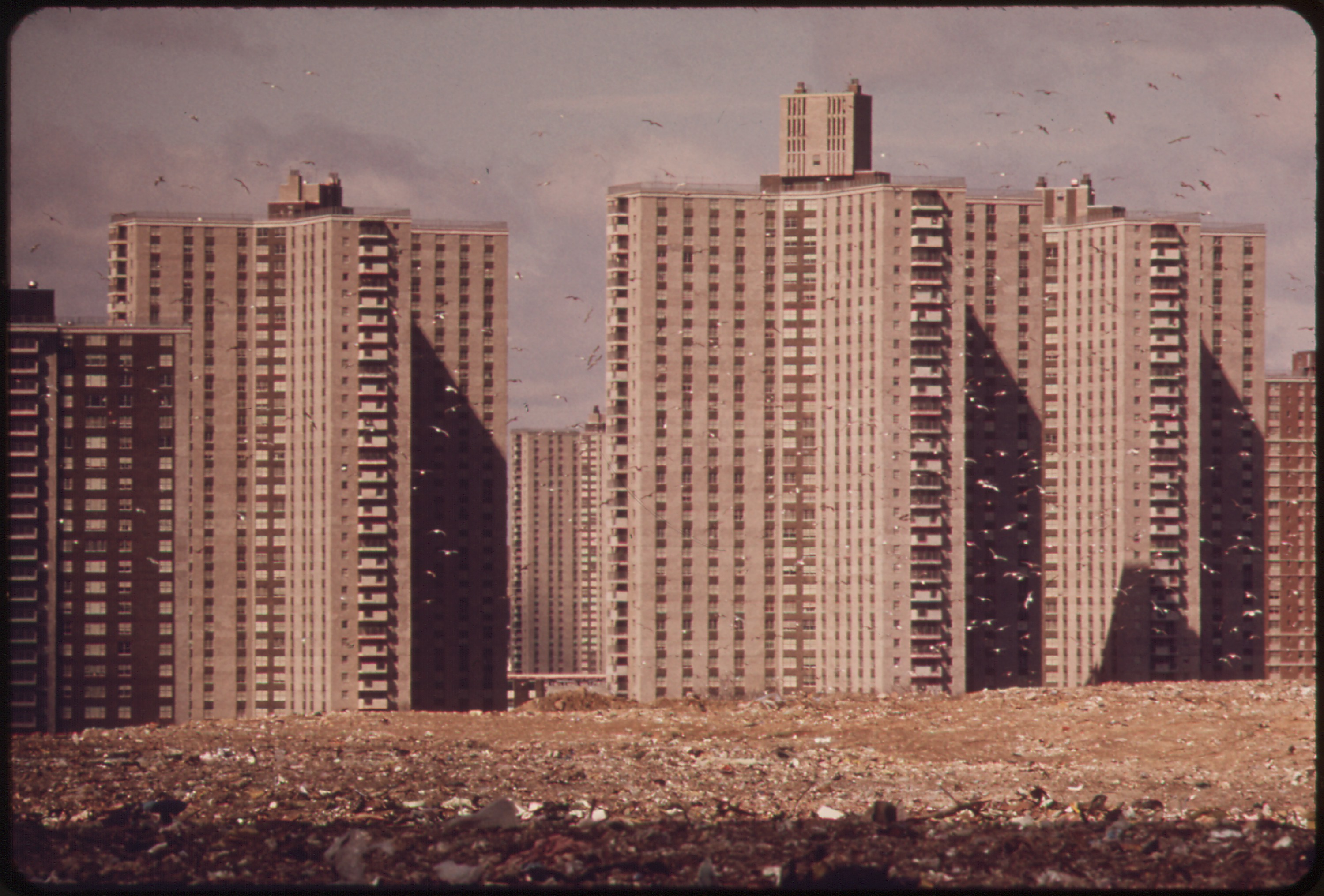 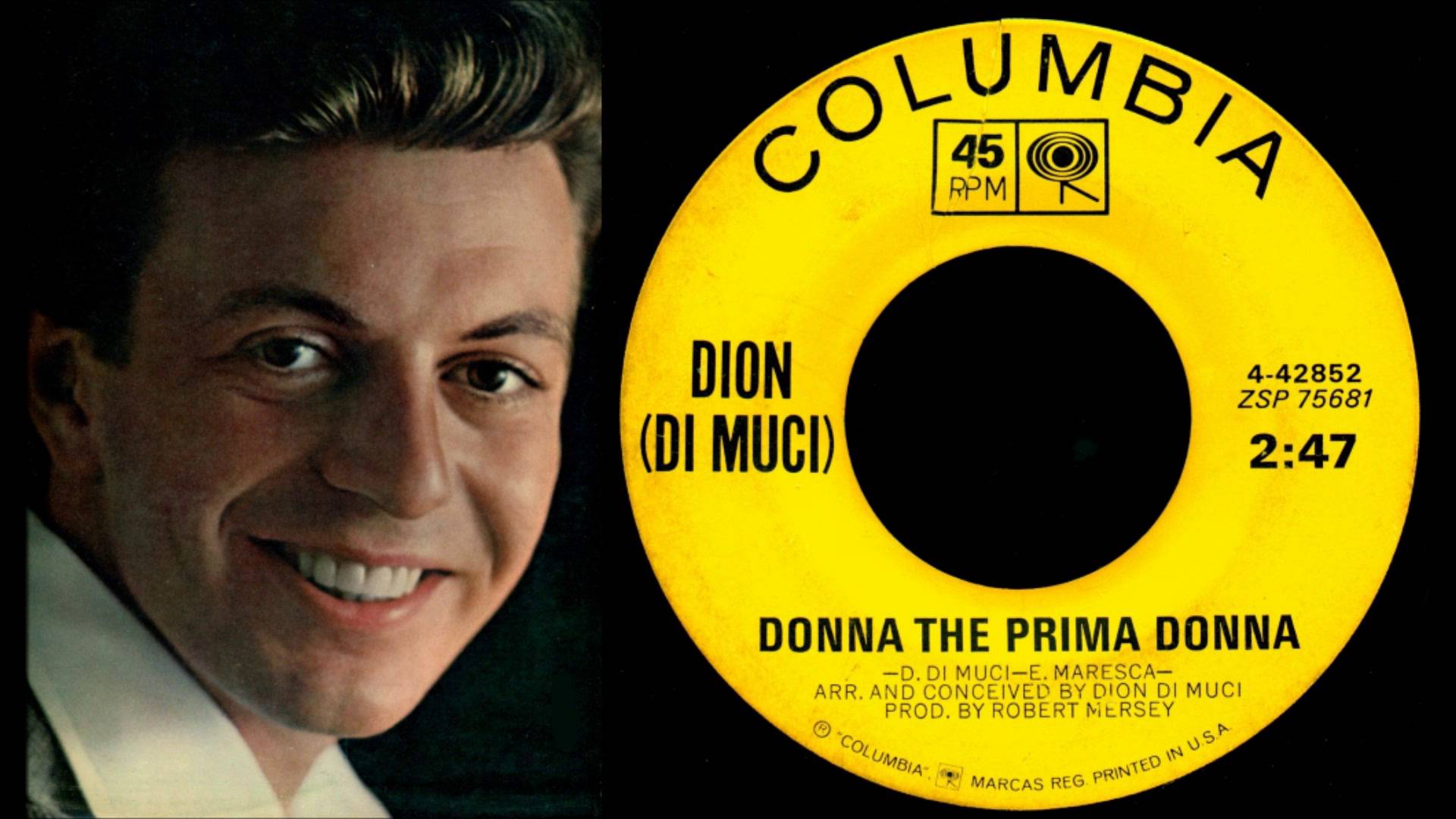 A Wanderer No Longer Wonders Where He’s Bound