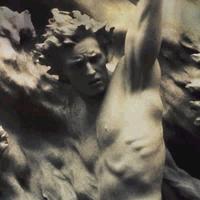 Whether or not you are Catholic, this book invites you to take another look at the Catholic faith. . . . It is a conversation about the biggest questions—the only ones that matter, really: Who is Jesus? Who is God? Why do we need a church? Who are we, where do we come from, where are we going, and how do we get there? David Scott

The Catholic Passion is being hailed as a brilliant, original, and inspiring book.

“A masterwork—beautiful, compelling, and wonderfully readable,” says Archbishop Charles J. Chaput of Denver, one of the American Church’s most respected leaders. Theologian and bestselling Catholic author, Scott Hahn, calls it “a monumental work.”

In The Catholic Passion, David Scott offers a gracefully written, tough-minded testament to the enduring power and beauty of the Catholic faith.

Drawing from Scripture and the arts, literature and liturgy, history and spirituality, Scott leads readers on an unforgettable journey into the heart of Catholicism. The Catholic Passion brims with hundreds of quotations and allusions—from the Bible; from saints, mystics, spiritual masters, and martyrs; from hymns, novels, plays, and poems. Not to mention Scott’s provocative and illuminating insights into ancient church writings and sacramental rituals.

Indeed, for Scott, the drama and attraction of Catholicism is to be found not only in the church’s official creeds and dogmas. The essence of the faith, as he sees it, is revealed in the things that Catholics create—in the frescoes painted in the first Christian tombs; in the vows sworn by husbands and wives in 13th-century England; in the music of Haydn, the love poems of Dante, and the prayers of nuns going to the guillotine during the French Revolution.

More than anything, Scott wants us to see the Catholic passion as it plays out in the lives and works of flesh-and-blood Catholics. Scott is a vivid storyteller, with a keen eye for the seldom heard and the long-forgotten. And The Catholic Passion tells the story of a faith that Catholics believe to be the only thing worth living for—a faith that martyrs still today are willing to die for rather than compromise.

The Catholic Passion reads like a pageant of heroism and holiness—from the lives of the apostles Peter and Paul, to those of modern day disciples like Chinese human-rights activist, Harry Wu, and the composer, Olivier Messiaen, whose most famous work was written and first performed in a Nazi death camp.

As it portrays a faith stronger than evil and death, The Catholic Passion is at the same time an authoritative guide to what Catholics believe and why. In clear and compelling prose, Scott explains such mysteries as the Trinity and original sin, as well as controversial Catholic positions on birth control, abortion, homosexuality, and the ordination of women.

A richly rewarding reflection on prayer, the Bible, the sacraments, the church, and the meaning of life, The Catholic Passion is also suitable for high school, college, and seminary use. It bears the nihil obstat and imprimatur from the Archdiocese of Chicago, certifying that its presentation of Catholic moral and doctrinal teaching is accurate and free from error.

If what Catholics believe is true, there is nothing that God has not or will not do to win our love. In Origen’s beautiful words from the third century, God bears for each one of us a passio caritatis—the passion of love. . . .And everything Catholics believe and do has the objective of inviting the world to share in this love—which begins in this life and continues without end in the life to come.

View this book on Amazon.com

Praise for The Catholic Passion

“David Scott has a well-earned reputation as a distinguished Catholic writer and editor. The Catholic Passion is a masterwork—beautiful, compelling and wonderfully readable; an outstanding portrait of what Catholics believe and why. I highly recommend it.”—Charles J. Chaput, O.F.M. Cap., Archbishop of Denver

“The Catholic Passion is a monumental work. David Scott weaves material from Scripture, history, the arts, the liturgy, theology, spirituality, and personal reflection, showing us that nothing human is alien to Christ—and nothing divine is withheld from God’s people. Scott shows us that the Catholic faith is not only true and coherent, but also beautiful and compelling. He does this in a way that is always celebratory, never triumphalist. The power behind the book is its realism. The drama it tells is the drama of salvation history, which is at once the history of the world and the story of our own lives.”—Dr. Scott Hahn, author of the best–seller The Lamb’s Supper

“Through telling stories of modern heroes of faith David Scott helps us see a vibrant Catholicism that offers brilliant meaning in a world darkened by materialism and violence. He delves into ancient and classical sources to ground modern people in the rich and diverse history of Catholicism. By incorporating the teachings of Vatican II and John Paul II, he presents a vision that allows the treasures of the past to envision an orthodox Catholicism for the future.”—Father Mitch Pacwa, S.J., host, Eternal Word Television Network (EWTN)

“This is a refreshingly jargon–free commentary on the basic tenets of Catholic teaching that considers all major articles of Catholic belief using language and experiences drawn from everyday life. Complex ideas like the divinity of Christ, the Trinity, the Incarnation, redemption, and salvation are beautifully presented in short, poetic treatments that offer readers rich fodder for personal reflection and contemplation. Practical Catholic matters like the seven Sacraments, Mass, prayer, and Scripture are faithfully and sensitively considered, with frequent employment of the words and experiences of notable Catholic figures. Scott clearly demonstrates both his literary skill and his deep faith; his book provides young and old with a contemporary review of Catholic principles in lay readers’ terms. Recommended.” —Library Journal

In the News: The Catholic Passion

“. . . David Scott takes something that I already know . . . and then twists it. Adds that phrase or two that makes me rethink what I already knew and realize that I do not know it as well as I thought. . . . [A]dds the poetry, imagery, and turn of phrase to more fully communicate the true, inner beauty of our faith. Even when you think you know where he is going, he adds a extra fillip of insight to make you take another look. A rare accomplishment indeed. I have seen rave reviews for this book and I understand why. . . .” Read the full review by Julie D. at HappyCatholic.blogspot.com.

“. . . David Scott is interested in Catholicism as made vividly manifest by artists, poets, and saints. In The Catholic Passion, he seeks to get to the romantic, dramatic, visionary, vibrant core of Catholicism, in all its cultural manifestations. It’s a rewarding and rewarded effort. . . . ” Read the full review by Penn Jacobs at Thumos.

“. . . a plethora of great quotes, illuminative illustrations, and stunning meditations that have the effect of forcing a pause to reflect deeper on the truth presented. . . . ” Read the full review by Michael Dubriel in Catholic News & World Report

“. . . I am passionate about The Catholic Passion! . . . It’s a very important book, a book that marks the beginning of a new of Catholic apologetics—or rather, the revival of an ancient way.” Read the column by Dr. Scott Hahn on SalvationHistory.com. “. . . there are a lot of other people for whom the problems of faith and belief aren’t doctrinal but existential, for lack of a better word. Most of the books out there . . . don’t get you to the heart of the affair—why is this faith something worth living for, why are people ready to die for it? Those priests being killed in Colombia in recent weeks, that bishop gunned down in Kenya in mid-July—they aren’t dying for a really coherent set of doctrines, or because Catholicism was the most compelling argument they discovered in the marketplace of ideas.” Read Godspy.com’s interview with David Scott and some comments on one quote from that interview.

“. . . In his book, which is almost conversational in tone, he finds ways to talk about the Holy Trinity, Mary, the Sacraments and the apostolic nature of the Church with freshness and vitality. Often he brings that freshness about by reaching back through the centuries to pluck a rich pebble of wisdom, and tossing it into our noisy and overwrought new century where it—plonk!—sounds ever ancient, ever new. . . . For those of us who simply do not have the time or opportunity to explore ancient volumes, Scott has found a way to bring us some exquisite thinking. . . [T]his has been my favorite book of 2005.” Read the comments of The Anchoress on The Catholic Passion

“. . . the book is really excellent.” Read the comments of Amy Welborn, author of the Prove It! book series and general editor of The Loyola Classics series.

“. . . I think it augers well for Scott that he can cite Dorothy Day and Richard Neuhaus as influences without even bothering to note the differences in their political bents.” Read the comments of Matthew Lickona, author of Swimming With Scapulars, on The Catholic Passion.

“Looking to light a fire under a lukewarm Catholic? This might be the book. Straightforward and orthodox, yet reasonably nuanced and kind. And filled with great quotes and anecdotes from the holy men and women whose lives have laced the Catholic tradition.” Read the Catholicexchange.com review by Eric Scheske, author of the popular weblog, The Daily Eudomonian. 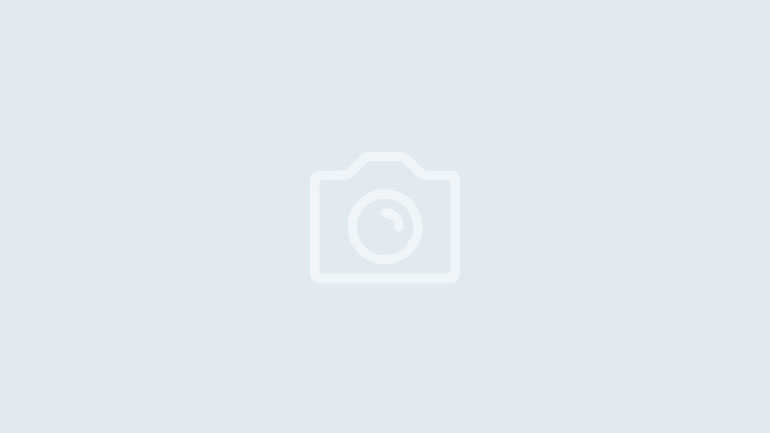 Praying in the Presence of Our Lord with Dorothy Day