King of the Queers 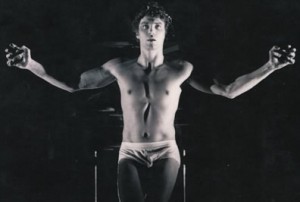 By the time the curtain fell on opening night at the Manhattan Theater Club, it was clear that the tempest surrounding Terrence McNally’s “Corpus Christi” amounted to much ado about nothing.

McNally is a Tony Award winner whose works often explore gay themes. But the critics seem to agree that this shallow self-portrait of the artist as a homosexual Christ-figure is a sloppy period piece, an ultimately forgettable work by a fine playwright who should have known better.

Yet “Corpus Christi” and the controversy it touched off is instructive about the gulf dividing the artistic and religious establishments over their respective roles in a pluralistic, democratic society.

One could fault the overheated rhetoric of the Catholic League for Religious and Civil Rights, which spearheaded the protests against the play.

But even shouting through a bullhorn with wimpled nuns in tow, League president William Donahue kept the focus on the constitutional and religious issues at stake—acknowledging McNally’s right to produce such a play while insisting on believers’ rights to voice moral outrage at the production.

And now that the play has been seen, we know the League was both right and wrong.

The claims of a Jesus who engages in group sex with his apostles did not materialize, thankfully. But this isn’t satire or social commentary along the lines of Voltaire or even Monty Python, either.

“Corpus Christi” is instead a childishly spiteful and vulgar expression of contempt for traditional Christian beliefs in an effort to “reclaim” Christ for the gay community.

And now that the play has been seen, McNally’s high-profile defenders can be seen for the neo-philistines they presented themselves as.

With rhetoric ratcheted far above that of the play’s opponents, the arts community expressed an insular disdain—as if the superstitious rabble beneath their ivory tower had gone uppity.

What mattered, they said in so many words, was only McNally’s right to express himself artistically. To talk of artistic merit or the search for higher values is besides the point.

Among the torrent of self-righteousness, there were scattered shots at the naiveté of Middle America and contempt toward any suggestion that believers—especially Catholics—have the right to voice opinions about public decency or the religious perspectives expressed in a work of art.

Taking the lead for the defense, playwrights Craig Lucas and Tony Kushner called the protesters “hatemongers” and said the protests were “homophobia masquerading as religious piety.”

They equated the protests with the tragic murder of a gay man in Wyoming on the night before the play opened. In the same breath they blamed the Catholic Church, invoking the specter of “religious persecution” and a return to “a medieval notion” of the arts.

McNally complained early on that the protests belittled his art. “I feel I’m reduced to the level of a 13-year-old adolescent trying to get a rise from my parents,” he said.

That turns out to be a telling remark.

Even his most sympathetic critics found that “Corpus Christi” amounted to not much more than that—tawdry, preachy, and obsessed with the male sex organ.

An artist known his sharp-witted dialogues, in this play McNally can’t seem to shake his hang-ups about his Catholic upbringing.

“Joshua,” McNally’s Christ, is born to a couple of losers, Mary and Joseph, in a flea bag Corpus Christi motel with paper-thin walls. Of course, the child is born unto them while  the couple in the room next door is engaged in a raucous session of coitus that turns violent.

Joshua grows up a confused, sensitive young gay man with a James Dean fetish. His apostles are a drunken, libidinous band of louts.

The Last Supper turns into a food fight as they dwell on the meaning of Joshua’s words. “Eat this knife. It is my gallbladder,” says Peter. “I’m crocked to the gills!” says another. Another calls for the Bo Diddley records and more dancing.

The Times’ arts eminence Vincent Canby pronounced sentence: “It would be nice to be able to defend ‘Corpus Christi’ … The show, unhappily, is a fizzle; defensible, yes, but only on the grounds of the First Amendment. Art has nothing to do with it.”

‘He Loved Every One of Us’

That McNally’s Christ-figure is crucified as “King of the Queers” for officiating at the wedding of two gay apostles tells something—not only of the thinness of his artistic vision in this play, but also of his agenda.

“Respect the divinity of your partner,” Joshua intones. “I bless this marriage in Your name, Father. Amen. Now let’s all get very, very drunk.”

McNally the playwright seems earnestly to want to make a serious theological point—that God loves gays and that God bestows his blessings on same-sex intercourse and relationships.

This is hardly novel.

Since Judas kissed Jesus, there have been heretical sects, ribald artists, and guilt-ridden scholars trying to make this case—some going so far in recent years as to claim the existence of secret gospels and medieval gay marriage rites.

But one can’t see how McNally expects this play to advance religious discussion or civic understanding.

With its phallic fixation (“Suck on that,” the soldier says in offering Joshua the vinegar-soaked sponge on the cross); its crude expressions of gay sex, and its adolescent reduction of terms like “brotherly love” to sexual literalism, this play will only reinforce stereotypes of male homosexuals as a perverse brood of bathhouse cruisers.

His play ends with the declaration of faith: “He loved every one of us. That’s what he was all about.”

But “Corpus Christi” wants us to reject the Scriptures and what the Church has always taught. We are asked not only to love the homosexual sinner, but to love his sin as well—because love in this double-entendre coming of age story means nothing if it is not carnal love. The theological content of McNally’s script is earnest banality in a 1970s Sunday school vein. “We’re each special. We’re each ordinary. We’re each divine,” Joshua teaches.

At one point Joshua tells Judas: “You can come no closer to me than my body. Everything else you will never touch. Everything important is hidden from you.”

This is probably the only line in the play that opens itself to the possibilities of greater emotional and spiritual depth. Alas, Judas’ response shuts off the conversation before it can begin, and probably reveals more about the play than McNally could have imagined.

McNally’s Body of Christ, his Corpus Christi, is not the Word made flesh. He is only flesh—skin and bones.

McNally flinches in the face of the real artistic challenge worthy of his considerable talents—trying to grasp the profound meaning of Christ’s voluntary celibacy and self-mastery.

He is not the first to shrink from this truth, of course.

Whether it is “Jesus Christ Superstar,” “The Last Temptation of Christ,” or any of a host of lesser-known works on Broadway and beyond, it seems that what the arts world today finds most mysterious about Christ is that he was not a slave to sexual desire.

So like so many before him McNally has created a Christ in his own image.

In this case, he is a Christ who comes to take away the self-loathing of young gay men by telling them that their appetites are divine, and that it’s the priests and Scriptures that are all wrong.

“I can quote Scripture as well as the next man,” Joshua says. “God loves us most when we love each other.”

Joshua in the Eyes of Truth

As an artist, McNally has the right to put whatever words he wants in his characters’ mouths.

But the Christians in his audience are obliged to point out that his idea of Christ and love comes not from the Gospels but from someplace much different.

For us the Gospel is not just “the greatest story ever told,” but the truth of human salvation.

Artistically, this play is about as sterile as the sexual lifestyle it promotes. What makes it blasphemy is that it twists the Gospel into an apology for that lifestyle, risking the souls of the very men and women that Jesus came to save.

At the beginning of the play, McNally’s Judas says: “People can’t stand the truth. They want their Joshua, seen through their eyes, told through their lies.”

McNally is aiming these words at the Church and the “straight” world that he blames for making his growing up a living hell.

Now that the curtain has risen and fallen on “Corpus Christi,” we might wonder whether Judas was really talking about him.